The "Congress Experts Mainz" are a joint initiative of the state capital Mainz, the Chamber of Industry and Commerce for Rheinhessen (IHK Rheinhessen) and mainzplus CITYMARKETING GmbH. The overriding aim of the initiative is to attract further national and international congresses and conferences to Mainz.

Both managing directors have been loyal to mainzplus CITMARKETING GmbH - and thus also to the state capital of Mainz - for many years in the context of their events VDP.Weinbörse and Horizon.

Together with Hilke Nagel, it was announced in the middle of this year that the VDP.Weinbörse will remain in the Rheingoldhalle Mainz beyond 2019 - despite the fire in the old part of the congress centre in May. Every year, 2,500 visitors visit the Rheingoldhalle on two days in April to be part of the international wine trade fair. This is the only place to get a comprehensive overview of the new vintage of the best German wines. There is another reason to celebrate in 2022: the VDP.Weinbörse is looking forward to its 50th anniversary.

The women's power continues: Anette Petzoldt was also honoured as the second new congress ambassador for Mainz. Manuela Matz, economic department head of the state capital of Mainz and chairman of the supervisory board of mainzplus CITYMARKETING GmbH, Dr. Ingrid Vollmer, managing director of the Chamber of Industry and Commerce for Rheinhessen, and August Moderer, managing director of mainzplus CITYMARKETING GmbH, received the award. SCOPE Messestrategie GmbH - with Anette Petzoldt at the helm - has presented the HORIZON training fair in Mainz since 2007 - and this year for the first time in the Electoral Palace.

Only volunteer representatives who have a personal connection to Mainz and are willing to make a special commitment to Mainz as a location are appointed "Congress Experts". Recommendation marketing within the company's own networks plays an important role in this. Already in the last two years the title "Congress Expert Mainz" was awarded to Univ.-Prof. Dr. med. Hauke Lang, Prof. Dr. med. Christoph Huber, Univ.-Prof. Dr. Jairo Sinova and Daniel M. Metzler. All the congress ambassadors who have already been honoured distinguish themselves by holding important national and international congresses in Mainz. It is only through their personal commitment that Mainz has been further strengthened and advanced as a congress location.

Since December 3rd, the city of Mainz has had two further official ambassadors in the field of conferences and congresses. During a ceremony at wineBANK Mainz, Prof. Dr. Jairo Sinova, physics professor and director of SPICE (Spin Phenomena Interdisciplinary Center) at Johannes Gutenberg University Mainz, and Daniel M. Metzler, managing director of wikonect GmbH, accepted the prestigious award "Congress Experts Mainz". Both gentlemen have long been regarded as multipliers and promoters of the Mainz congress system and have rendered outstanding services to the location.

Prof. Dr. Jairo Sinova received his doctorate in physics from Indiana University and then taught and researched at universities in Tennessee and Texas as well as at the Academy of Sciences in Prague. At the beginning of 2014, he accepted a call to Johannes Gutenberg University to become Alexander von Humboldt Professor of Physics at the Institute of Physics, where he promoted the founding of the Spin Phenomena Interdisciplinary Center (SPICE). From 3 to 7 September 2018, Europe's largest congress on magnetic research - the "Joint European Magnetic Symposia" (JEMS) - took place in the Rheingoldhalle Mainz. 1,000 participants made their way to Mainz on five congress days - a total of 4,000 overnight stays were generated for the local hotel industry.

The JEMS Congress was largely organized by the Professional Congress Organizer (PCO) wikonect. Daniel M. Metzler is Managing Director of wikonect GmbH. Every year, wikonect organises up to 80 medical and scientific conferences and congresses in Germany and neighbouring countries. Thereof about 12 events in the Rheingoldhalle Mainz with up to 1,000 persons each.

The first appointment of the "Congress Experts" took place on 21 November 2017. Professor Hauke Lang, Director of the Clinic for General, Visceral and Transplant Surgery at the University Medical Center Mainz, and Professor Christoph Huber, President of CIMT (Association for Cancer Immunotherapy), are the new "Congress Experts" of the City of Mainz. Both were distinguished by their high level of commitment at their world congresses held in Mainz in 2017. They prevailed against competing venues and ensured that the congress location Mainz was the centre of attention worldwide.

Hauke Lang was chairman of the local organizing committee of the "European-African Hepato-Pancreato-Biliary Association" Congress (E-AHPBA), which took place from 23 to 26 May 2017 in Mainz. This congress has set itself the task of providing a forum for new achievements in state-of-the-art technology and for HPA surgery. HPA surgery deals with diseases of life (hepar), pancreas and gall bladder (bilis) to be treated surgically.

Until 2009, Prof. Dr. med. Christoph Huber served as Director of the III. Medical Clinic and Polyclinic of the University Medicine of the Johannes Gutenberg University Mainz. He is also chairman of the CIMT (Association for Cancer Immunotherapy) and sits on the board of the Ci3 Cluster for Individualized Immune Intervention (Ci3) e.V. In addition, Prof. Dr. Huber advises international pharmaceutical companies as well as research-based medium-sized companies and large scientific research institutions. CIMT offers its members the opportunity to share information and the latest findings between academic and industrial scientists, physicists and regulatory authorities who develop immunotherapies. Prof. Dr. Huber is significantly responsible for the development of the CIMT Congress in Mainz. 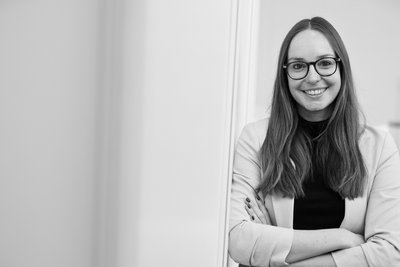